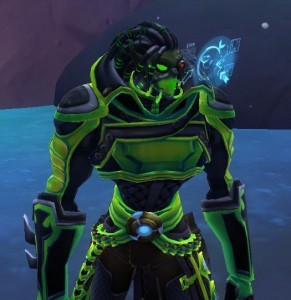 This week we get the gang back together and do a special episode of Wildstar Radio! Welcome to Casual Core Radio, where we talk about MMOs and oh, nope, just Wildstar today because this is Wildstar Radio!

Problems at Launch (also, compared to others!)

Who’s left in the podcast community:

Geeks of Nexus are back

This week’s end music is Justice Doesn’t Always Wear a Badge by Jeff Kurtenacker from Wildstar.

X represents one ability that performs the listed CC

() is used as a grouping to make it easier to read many asterisks. The asterisks apply to all the X’s in the parentheses.

This week, Carla, Seamus, and Drew say their goodbyes to the wonderful community that brought them so much joy throughout their time here. Find out what each of them will be doing next, and stay for the end for bloopers from many episodes!

Much love to all of our listeners. We did this for you, and we would do it again. Hope to see y’all again soon!

A group going by the name of LizardSquad has been taking down various online gaming networks via DDoS attacks, as well as web sites, over the past few weeks:

LizardSquad’s motivation for these attacks is to fight against corporate greed (with a tad of attention seeking throw into the mix),  based on their comments on Twitter and Reddit.  They have gained national attention as well as the eye of the FBI.  The FBI seized the lizardsquad.com domain earlier this week, but the LizardSquad seems confident they won’t get caught. Only time will tell if their confidence in their anonymity skills are up to the challenge.

Thus far, LizardSquad has shown no indication of letting up on the pace of their attacks so the dedicated fans of the various online games will still have to suffer.  The game companies also have to take on additional cost of staffing to handle the attacks, possible account cancellations, as well as possibly purchasing DDoS protection services from companies such as Prolexic.

LizardSquad, as well as other groups that target online gaming, need to be taken seriously as they can ruin the gaming experience for everyone!

I’ll be providing updates as the attacks progress and, as always, please leave a comment or opinion.

END_OF_DOCUMENT_TOKEN_TO_BE_REPLACED

Great real world example of how the cyber-baddies out there attack video game companies.  Note: It’s a technical article with loads of security speak.

“Threat Group-3279[i] (TG-3279) targets the entertainment and video game industries. Based upon Portable Executable (PE) compile dates, domain name registrations, collection dates of tools, the threat actors’ activity on message boards, and activity observed by Dell SecureWorks Counter Threat Unit™ (CTU) researchers during incident response engagements, TG-3279 appears to have been active since 2009. CTU researchers believe that TG-3279 is associated with the China Cracking Group and that the Laurentiu Moon and Sincoder personas are TG-3279 actors. Due to information gathered from targeted hosts, CTU researchers believe with medium confidence that TG-3279 focuses on the collection of video game source code to crack those games for free use, to develop tools to cheat at the games, or to use the source code for competing products. The best method for detecting TG-3279 activity is to look for modifications to system files, invalidly signed executables, and repeated non-existent domain (NXDomain) DNS replies…”