This post notes the launch of a new column, Wildstar Warfront. This will be a one-stop-shop on PvP in Wildstar. To get us started, we will be doing a series where we will attempt to provide opinions on the currently known information on PvP in Wildstar. Most of this information comes from the Reddit PvP AMA, but some of the info will be from other sources, to which we will provide links. Today, we will introduce ourselves and let you know what to expect in the coming weeks. Hit the jump for the discussion! 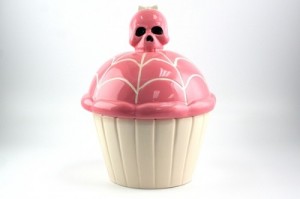 So with the release of all this new pvp info, I’m stoked to announce myself as the arena/pvp correspondent. It sounds kinda fancy but really it just means that I like to talk about pvp a lot. Before diving in to the Reddit stuff, I thought I’d spend some time on a topic only second to pvp in importance: me!

A little more seriously, this is about me and pvp, and how I came love it oh so much! My first true pvp experience came from playing World of Warcraft with my roommate Rodger. We did LOTS of pvp together and had a blast doing it. Really, it was a time of me rushing in and him watching over me to make sure I didn’t die. It was a nice arrangement. To this day it’s still how we roll. Eventually we reached a point where we could compete in arenas: the penultimate of pvp in WoW in my opinion. It was late in Wrath of the Lich King, and I was rolling a Death Knight while he was rolling a priest. We had a lot of fun but didn’t do too well, due to the lack of synergy between the classes and the squishiness of the priest. When Rodger re-rolled a paladin, we really started to make some headway. Eventually, we hit another wall when my gear simply wasn’t good enough due to my loathing for raiding and the necessity to have some pve gear to compete; we never broke 1700. It was so much fun, and I miss it like crazy, so that’s why I’m so giddy about the official announcement of arenas in Wildstar! Now, there is more to pvp than arena. And I want to cover all of it. I hate limiting myself to any one particular topic because my ADHD can get bored really quick.

Hey everyone! Glad to finally have Torvox writing on PvP! In addition to being one of the hosts on the podcast, I will occasionally pop in as a PvP writer as well, primarily writing about Warplots, but Torvox will be your main contact. I’d like to take this opportunity to provide my background in PvP like Torvox did.

I started PvPing back in Lord of the Rings Online. In that game, PvP can vary from zergfests, to spawn-camping, to a strategic “warg-pack” which would stealth and gank, to boss-fights that had a simultaneous element of PvP, to full-blown raid vs. raid battles that would rage for an hour or more. Some of the best experiences I had were as a impromptu raid leader on my warg. I would call targets, change the whole course of battle, and overall have a great time. It was there I learned how to lead, and it has filtered through to my current playstyle.

After LOTRO, I moved to Star Wars: The Old Republic, where I have racked up over 500 wins in Warzones. Unfortunately, the game does not keep track of losses, so I have no idea how many Warzones I have actually played, but it is definitely over 1000. Over the course of my time, I have developed certain strategies that I will convey over the coming months, especially when I get my hands on Wildstar and begin to apply the strategies I have learned.

In the following posts we’re going to do our best to sum up the Reddit AMA session and the updates we have been receiving from the Carbine crew. We will mainly talk about things that we believe truly pertain to PvP. We will therefore be skipping the lengthy discussion about the group finder because we feel it focuses more on PvE.  Here are the main topics, which will be updated with links as we publish the posts: combat, rating, gear, world PvP, Battlegrounds, Arenas, and Warplots.

Stay tuned for analysis of all of the recent PvP news!